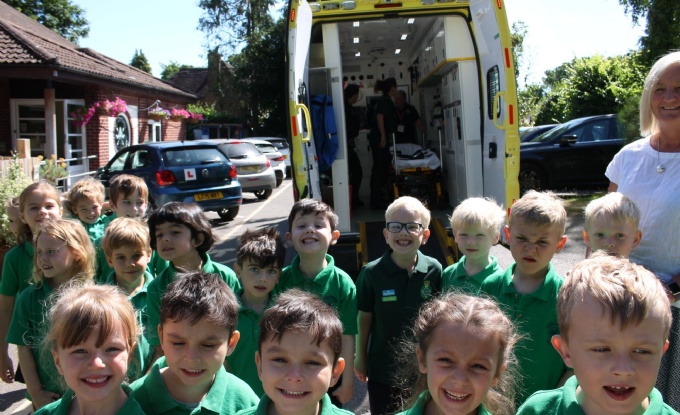 A hot week, Olympians and paramedics!

It's actually Monday morning as I am writing this, Friday was so busy I didn't have time to write anything! I think this week may be the same but with the additional challenge of record-breaking temperatures thrown into the mix!

We started the week with Year 6's leavers production, 'School Daze'. The play was set in the future with grandparents reminiscing on their school days with the grandchildren. There were great songs about nits and parent consultations! It was very funny and although the younger children didn't pick up on all the jokes, I think Year 6 parents appreciated it! Well done Year 6, it was very entertaining, and we are very proud of you all! 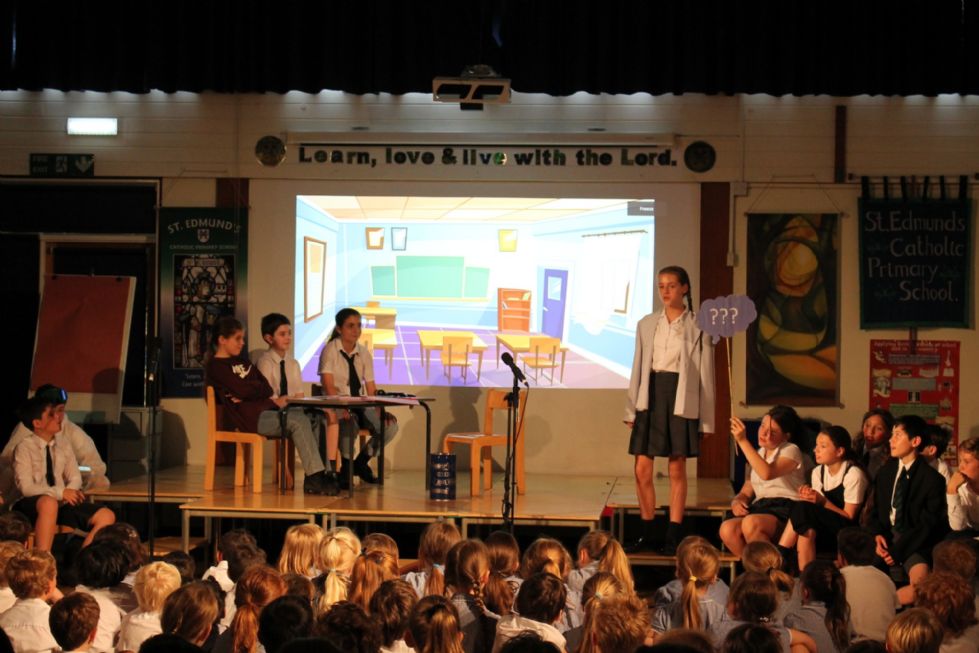 We have had some very special visitors this week. On Thursday afternoon we were joined by Andrew Pink an ex St Edmund's pupil, who is now an Olympic cycling coach, who has trained competitors for the Olympics paralympics and Invictus Games. He brought one of his cyclists, Finn, with him. The children loved meeting them and also getting to hold a silver Olympic medal, it was surprisingly heavy! It was a really inspiring afternoon. Thank you, Andrew, for making time to come and visit us.Pictured are Andrew and Finn with Thomas and Edward, our own champion cyclists! 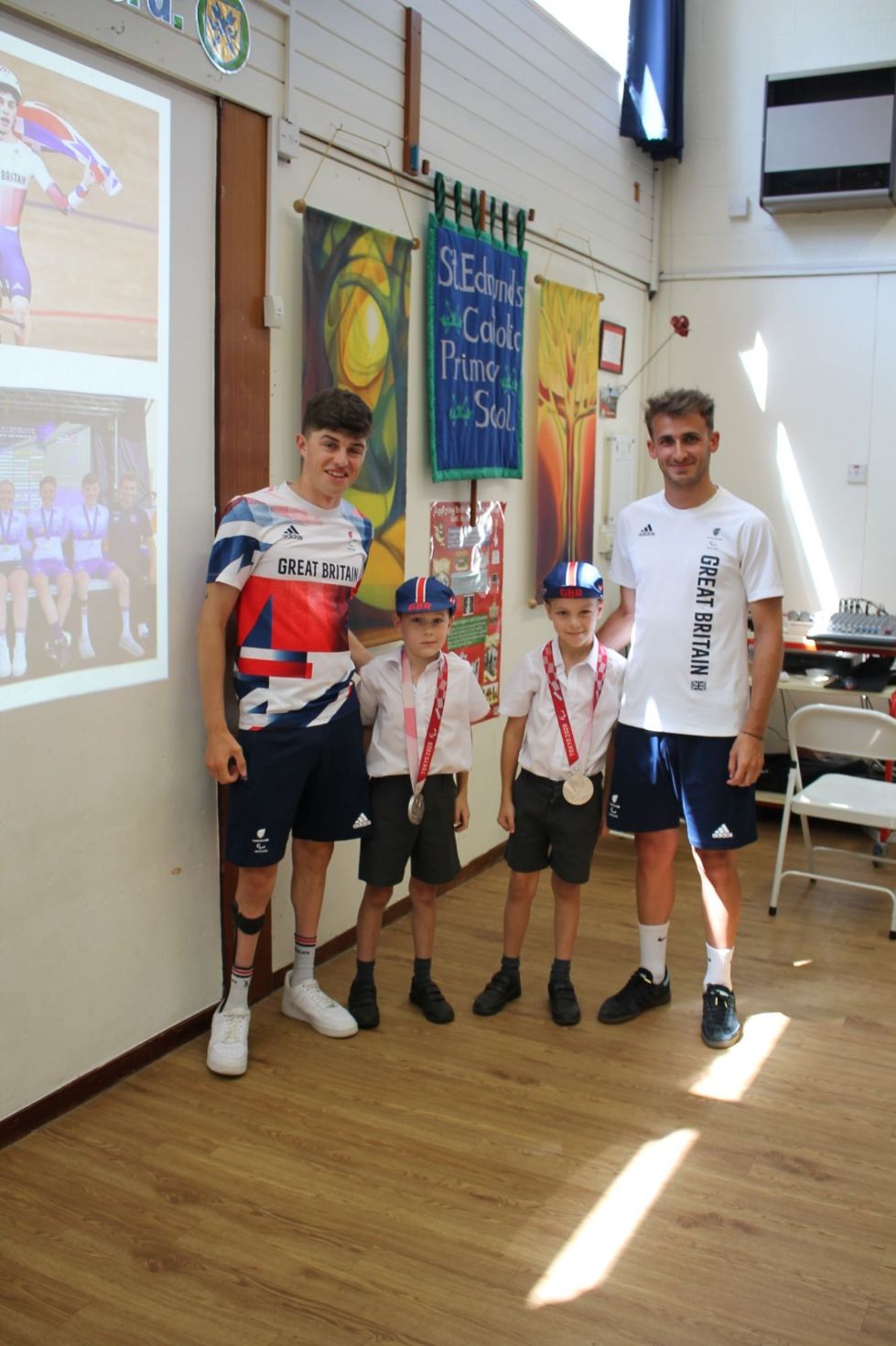 On Friday morning we had a special assembly. Kirsty and Jo from the ambulance service came all the way from Kent, to present Oliver in Year 1 with a very special award. Back in May, Oliver called an ambulance, which saved his mum's life! He was so excited to receive his own, personalised uniform and framed certificate. We talked about how to make a 999 call and the importance of knowing your address. This skill may save someone's life! A local ambulance also drove in to give Oliver and his classmates the chance to see inside the ambulance. 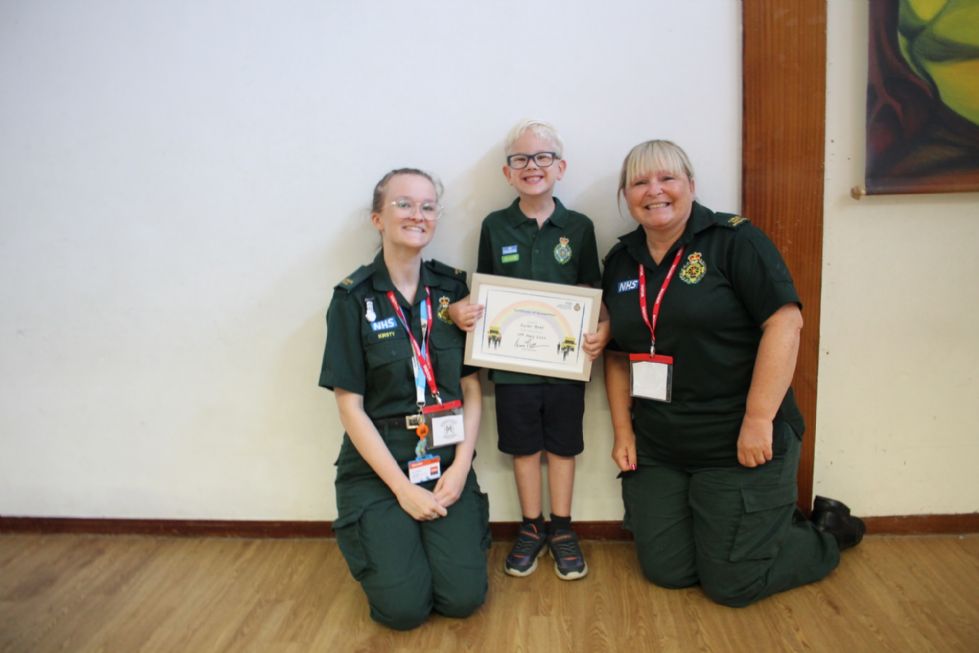